How to Play PowerPoint on HTC 8X


With successful Android devices like HTC One X, HTC turns out to be a world famous mobile manufacturer. With wonderful Windows 8 mobiles like HTC 8X, the mobile producer is trying to win more market shares. Designed as a high-end Windows mobile, HTC 8X has to fight against Nokia Lumia 920 for the leadership in Windows 8 phone market.  As a born market hit, HTC 8X sports a 4.3-inch LCD display running at 1280x720, 8-megapixel rear camera, 1.5kHz dual-core processor, 1800mAh battery and 16GB built-in memory. Besides that, the Beast Audio, which promises deep bass sound and clear audio, makes HTC 8X a desirable music player and the fair price tag helps the HTC Windows phone join in the team of inexpensive smartphones. 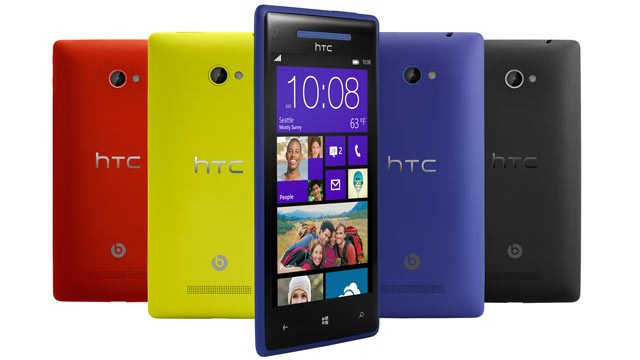 Method One: Convert PowerPoint to WMV 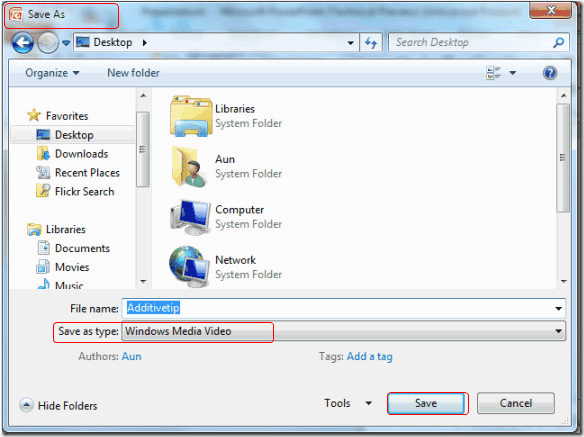 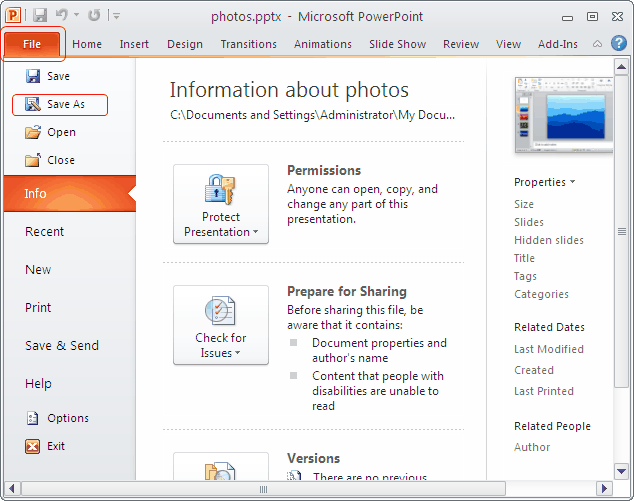 Step 2: Download and launch Ulead GIF Animator 5, open it and import the image of the first slide with "Open Image…" option in the drop-down menu of "File". Then click "Frame" button and choose "Add Frame" option to import the images of the slides as frames in order.  Also set the transition time of each frame.

Step 3: After that, click "File" button, choose "Save As" option and then select "Video File…" to set the output file as AVI video.

The default videos recorded by HTC 8X are usually MP4 movies. Therefore, MP4 seems to be a recommended format for HTC 8X video. As the last but not the least important method, users can better play PowerPoint on HTC 8X after converting the PowerPoint to a MP4 video.  To manage the conversion process, a powerful PowerPoint to HTC 8X converter like Moyea PPT to Video Converter is highly desired.

Step 1: Download and launch Moyea PPT to Video Converter, a powerful tool designed to manage the conversion from PowerPoint to HTC 8X video. 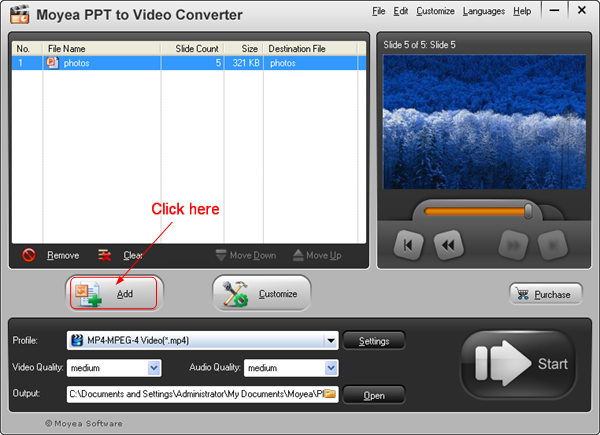 Step 3: To make sure they can play the converted PowerPoint presentation on HTC 8X, users shall set the output file as a MP4 video in the drop-down menu of "Profile". 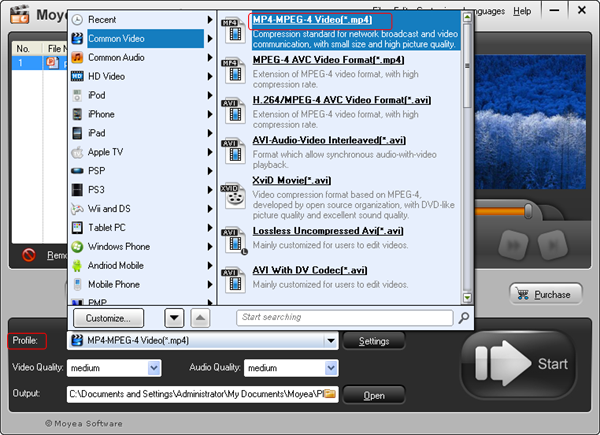 Step 4: Click "Settings" button to enter into Profile panel where various video parameters are provided. Then convert the PPT to a decent HTC 8X video by setting the video size as "1280x800", audio codec as "AAC" and video codec as "H.264". 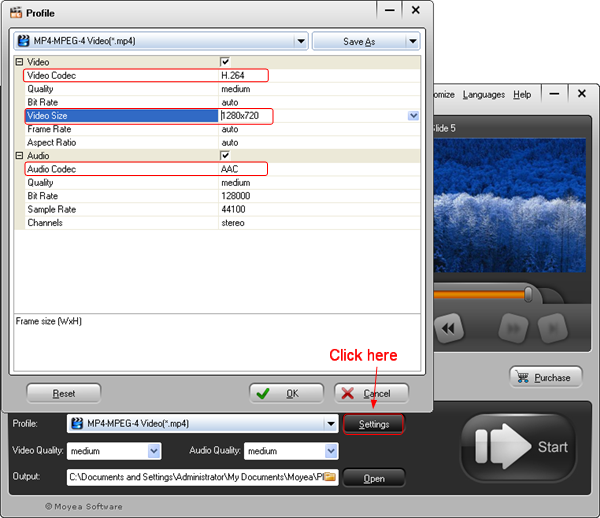 Step 5: After all those steps, click "Start" button to begin the process of converting PPT to HTC 8X video. As the conversion ends, users are allowed to watch PowerPoint on HTC 8X freely. 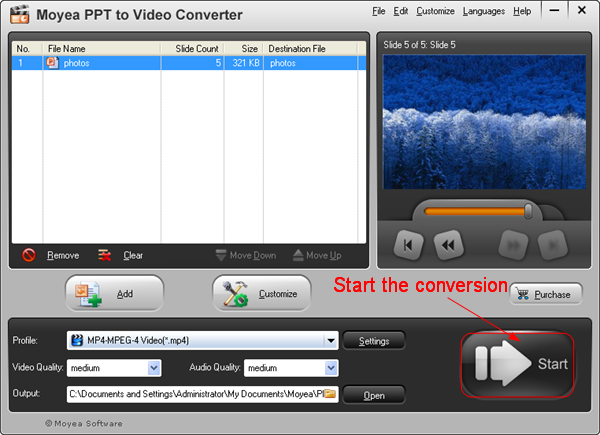