How to View PowerPoint on iPhone 4S


After a really long time of hot-rumors on the new generation iPhone, previously rumored as iPhone 5, the iPhone 4S was finally announced by Apple CEO Tim Cook on October 4th. The iPhone 4S cannot be marked as a revolutionary device for Apple doesn’t even change the body design; it has exactly the same appearance as iPhone 4 – 115.2mm x 58.6mm x 9.3mm with a 3.5-inch display. However, look inside of the iPhone 4S, everything is different. Running on iOS 5 operating system, the iPhone 4S is equipped with Apple A5 Chipset, 1GHz dual-core ARM Cortex-A9 processor, PowerVR SGX543MP2 GPU, 1GB RAM and 8MP camera. Besides, Apple devoted much of its energy to bring out the Siri Voice Recognition Technology which enables you use voice to send messages, make calls, set reminders, ask the way and so on. 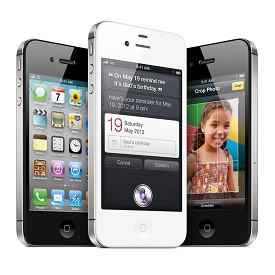 Very soon you will be able to hold this powerful device in your hands. Besides high definition movies, amusing games, pleasant music and web enjoyment, what if you wish to view Microsoft PowerPoint on iPhone 4S? The answer is PowerPoint to iPhone 4S Converter. It could convert PPT to iPhone 4S video in various formats such as MP4, MOV, AVI and so on while keep all the effects of the original PowerPoint documents like fonts, languages, animations, transitions, music and movie clips.

How to play PowerPoint on iPhone 4S with transitions, animations, music and video clips

Free download and install Moyea PPT to Video Converter and then follow the steps below to convert PowerPoint to iPhone 4S.

On the main interface, click Add button to import PowerPoint source files. Batch conversion with no number limit will greatly improve the efficiency by converting several PowerPoint files to videos at one time. 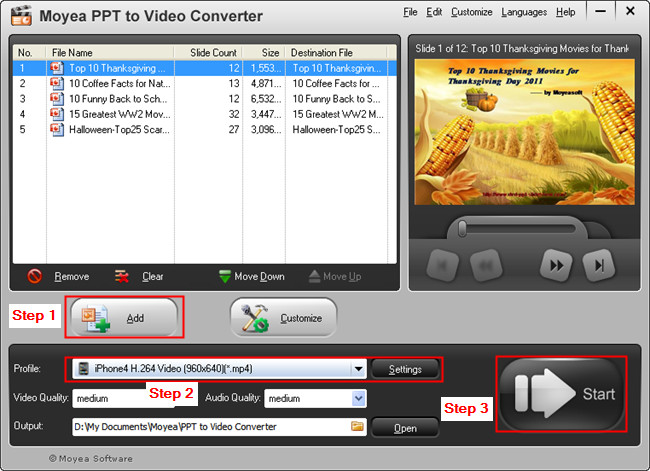 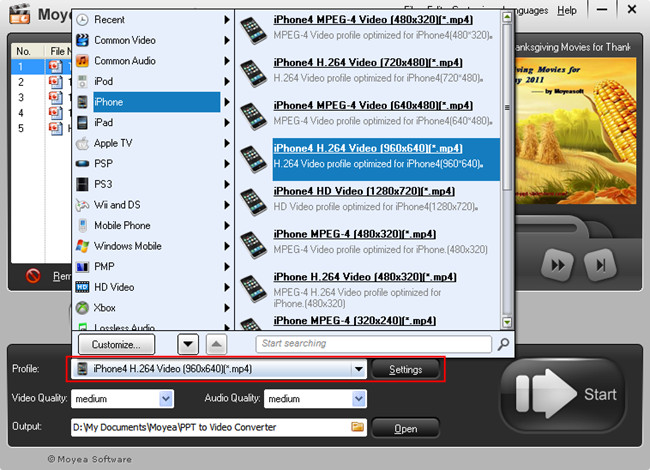 Advanced settings:
For professionals, you can also click Settings and enter the Profile dialogue box where you could change every parameter of the output video to meet your specific needs. 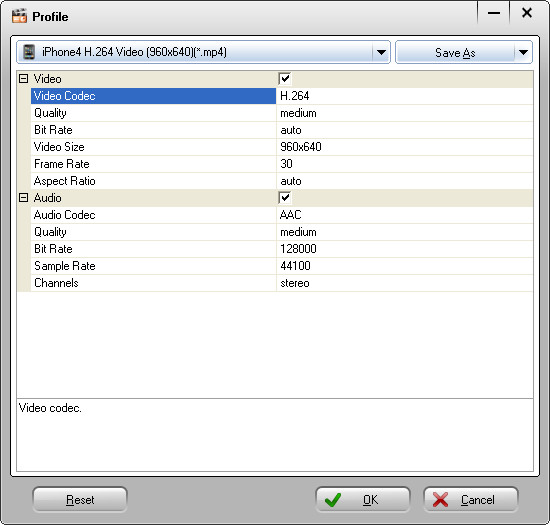 After the above preparations, click the Start button to convert PowerPoint to video at fast speed. After the conversion is finished, go to the Output folder to transfer the output PPT video to iPhone 4S and then you can view it freely. By doing so, it also enables you to view PowerPoint on other portable devices like iPad 2, Samsung Galaxy Tab and share PowerPoint on YouTube or your blog.