How to Play PowerPoint on Samsung LED TV


We always hear things about LED TV, but actually it is LED-backlight LCD television which uses LED backlighting instead of the CCFL in traditional LCD televisions. The LED TV brings thinner panel, less power consumption, better heat dissipation and a brighter display with better contrast levels.


Samsung is presently producing the best quality LED TV – Samsung LED TV to line of any manufacturers. The thinnest of Samsung LED TV is only 0.31 inches thick. The biggest features of LED TV may be its high definition movie playback and extraordinary picture. Using Blu-ray players we can enjoy HD PowerPoint presentations as well as HD movies. All we need to do is to burn PowerPoint to Blu-ray Disc and then we can view it on Samsung LED TV. 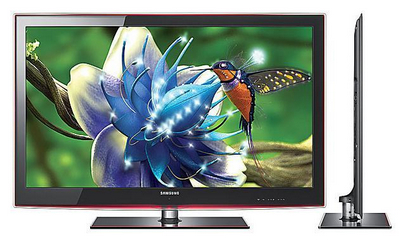 Step 1: Free download and install PPT to Samsung LED TV Burner.
Moyea PPT to DVD Burner is an all-in-one smart tool to help you burn PowerPoint to Blu-ray/DVD Discs playable with Blu-ray Disc player or DVD player on TV as well as convert PowerPoint to popular video formats. The conversion will preserve all the original PowerPoint elements like transitions, animations, fonts, languages, music and movie clips. It offers Blu-ray/DVD menu templates, chapter schemes, and choice of logos. Besides, it is the first PPT to DVD/Blu-ray converter to enable using video as menu background.

In the menu bar, click “Options” tab, and from the Options interface choose “Create Blu-ray Disc“. 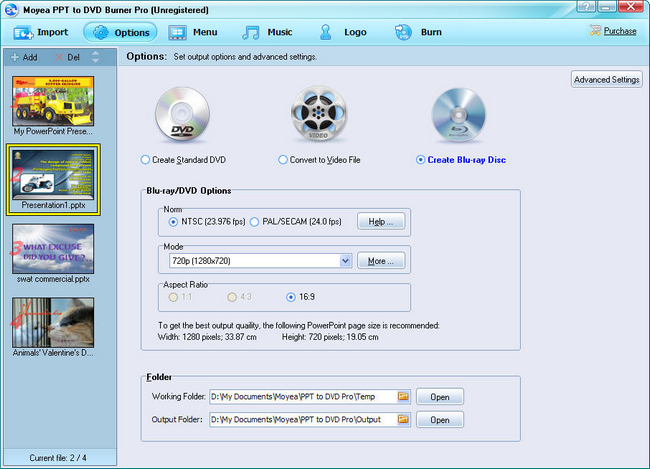 Step 4: Choose or create your own menu or logo.
In the latest version of Moyea PPT to DVD Burner V4.2, video can also be used as Blu-ray/DVD menu background besides the still image background. 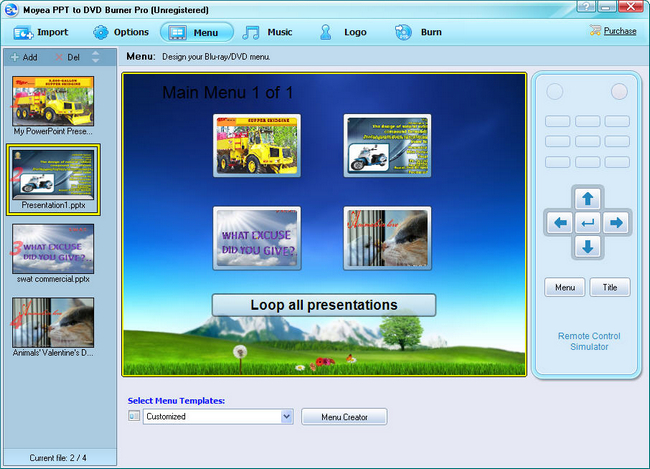