How to View PowerPoint on PS Vita


The PlayStation Vita is the next generation gaming device of PlayStation families, which has major upgrades compared with PSP. The PS Vita features a 4-core ARM Cortex-A9 processor, 4-core SGX543MP4+ GPU, 512M of RAM, 128M of VRAM and a 5-inch OLED multi-touch screen. Instead of the Universal Media Disc (UMD) that the PSP used, PS Vita will use a new flash memory cartridge format, dubbed the NVG, which comes in 2GB and 4GB sizes. The PlayStation Vita will be released as two different versions: one with 3G support, and a cheaper version without 3G support. As a gadget to compete with iPod Touch 4, Smartphones, tablets and other gaming consoles, what can PS Vita do other than games? How can we play PowerPoint files on PS Vita? Since Microsoft PowerPoint is not supported, so you need to convert PowerPoint to video first with the help of Moyea PPT to Video Converter. 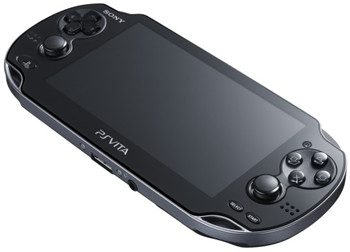 Guides on how to play PowerPoint on PS Vita with transitions, animations, music and video clips

Moyea PPT to Video Converter is one of the best PowerPoint to video converters to convert PPT to various popular video formats while preserving all the original PowerPoint effects like fonts, languages, transitions, animations, music and video clips. 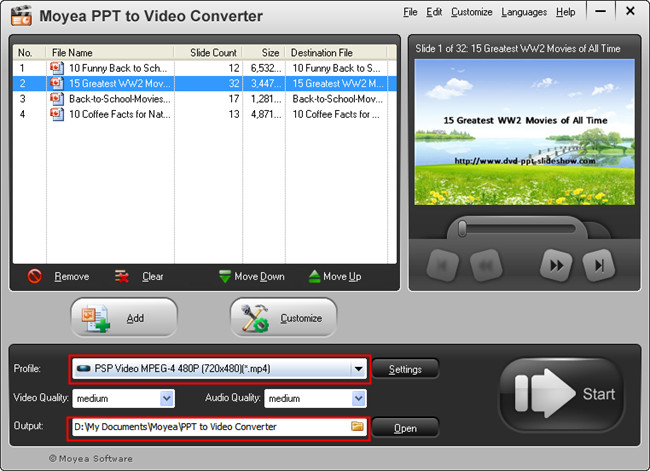 Step 2: Set output video format and output path.
In the “Profile” frame drop down menu, choose an output video format for PS Vita, like MP4. In the “Output” frame, choose a proper location on your hard drive for the converted video.
Step 3: Set detailed output video parameters.
Click “Settings” button on the right of the Profile frame to change output video and audio parameters, like video codec, audio codec, video size, frame rate, bit rate, aspect ratio, etc. Since the preset video parameters may not match your hardware, you could change them to your needs. Once it is done, click “OK” to save the current settings. 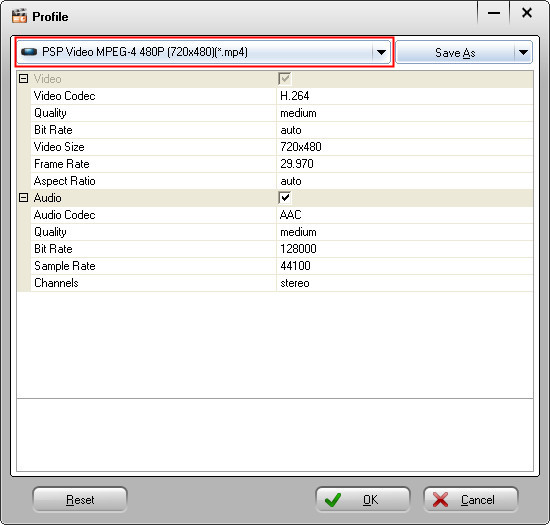 Step 4: Customize the output video.
Click “Customize” and then you could further customize the timing, music, audio, slide and conversion settings. 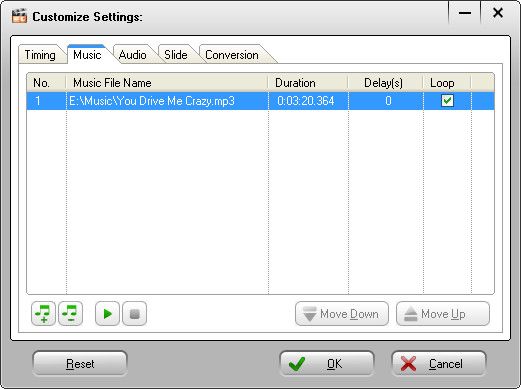 Step 5: Convert PPT to PS Vita video.
On the main interface, click the “Start” button to start the PPT to MP4 conversion. The result should be movie files in MP4 format. Go to the output location and then you can connect the video to your PS Vita with a cable so that you could view any PowerPoint files on PS Vita with ease. 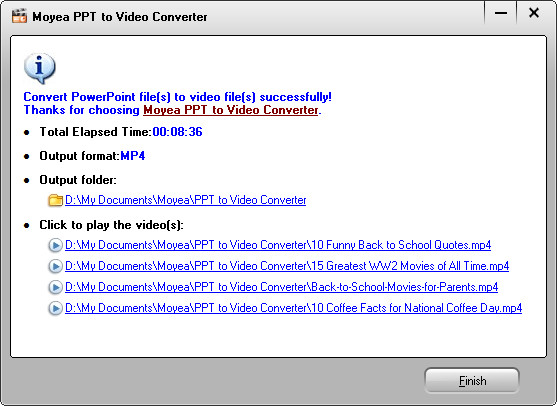