How to Watch PowerPoint on Sony TV


Sony is the 5th largest media conglomerate in the world and one of the leading manufacturers of electronics, product for the consumer and professional markets. Many of its products are very famous like Sony digital camera, Sony Vaio computer, Sony Ericsson phone, Sony PlayStation, PSP and the former popular Walkman music player, etc. Besides, Sony manufactures great LCD TVs under the Bravia name. Basically the Sony TVs are among mid-to-high levels, the new 3D integrated sets lie at the high end of its line. Its flagship XBR-series models are generally among the most expensive of the LCD TVs.

How to Play PowerPoint on Sony TV with transitions, animations, music & video clips

Now, let’s use Moyea PPT to DVD Burner to see how to burn PowerPoint to DVD.

Start the program and import PowerPoint files. This PPT to Sony TV burner support batch conversion of up to 12 files at one time. 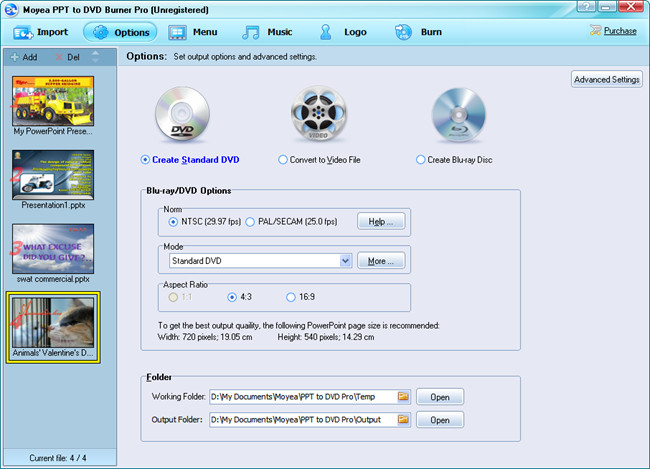 Next, click on “Menu”, “Music” and “Logo” to further customize the output DVD for Sony TV. Choose a preset menu theme or create your own so that you could control the DVD playing with a remote control. 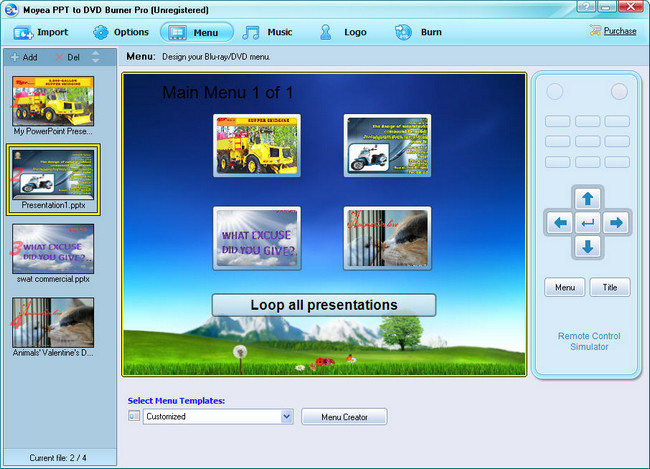 Make sure all the settings are ready, and then click the “Start” button so that Moyea PPT to DVD Burner could finish the rest job.