How to Play PowerPoint on Nokia C7

Squeezed in between the Nokia C6 and Nokia N8 smart phones is the Nokia C7, which is released on October 11, 2010. Nokia C7 is another Smartphone from Symbian ^3 platform series and looks like a lower spec'd version of the N8. The Nokia C7 is a stylish Smartphone with a great metal design, excellent battery life and plenty of features. It features a 3.5-inch AMOLED touch screen with nHD resolution (640x360), 8MP camera with 720p HD recording ability, and dual-LED flash plus 8GB of onboard memory.

How to view PowerPoint on Nokia C7

Viewing PowerPoint on Nokia C7 gives us another choice to take good use of the wide screen. Being a Smartphone, Nokia C7 may not perform as well as other smart phones like iPhone 4, Samsung Galaxy S, HTC Thunderbolt when playing a movie for the lack of powerful processor, but it is still too much for playing PowerPoint. Unlike iPhone or Android smart phones, which have PowerPoint Apps, we have to convert PowerPoint to video for viewing on Nokia C7.
Step 1: Free download and install the PPT to Nokia C7 video converter Moyea PPT to Video Converter
Step 2: Run the program and add PowerPoint file 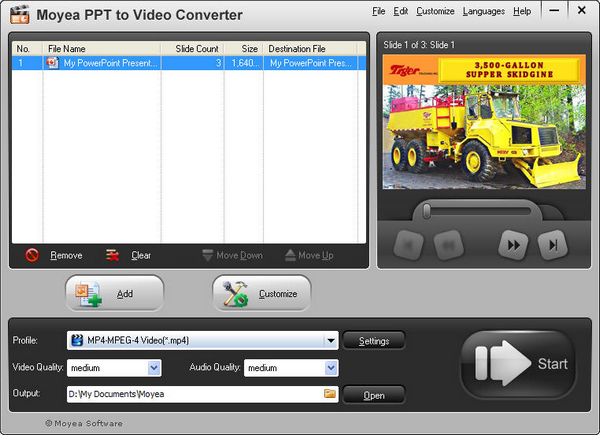 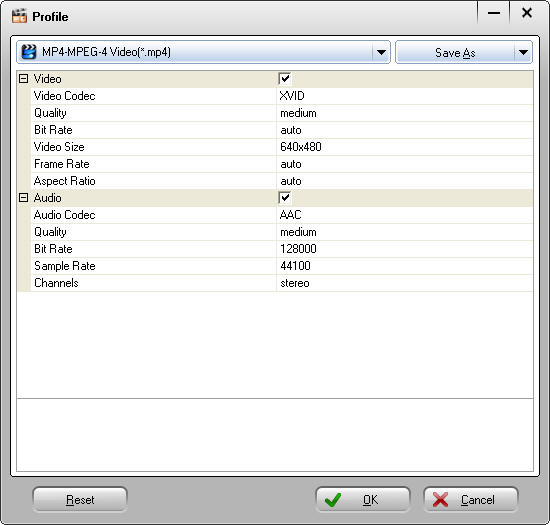 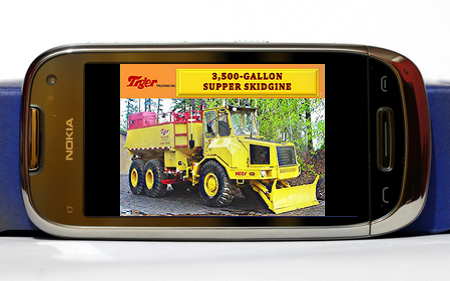