How to Watch PowerPoint on Toshiba TV

Is there a way to watch PowerPoint slideshow on large screen HDTV like Toshiba TV with the original PowerPoint elements like animations, transitions, music and video clips? 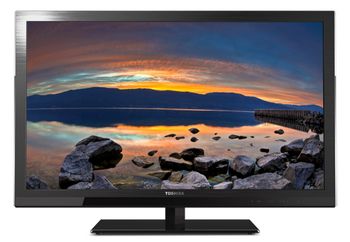 How to Play PowerPoint on Toshiba TV with transitions, animations, music & video clips

Just like other TVs, PowerPoint is not directly supported, so, if we want to play PowerPoint on Toshiba TV, we need to save PowerPoint to another Toshiba TV friendly format – like DVD. After burning PowerPoint to DVD Disc, we could play it with a DVD player freely. If you choose the TV like Toshiba 15LV505, you could even save the DVD player for it has a built-in DVD player.
Step 1: Free download and install PPT to Toshiba TV Burner.
Moyea PPT to DVD Burner is an all-in-one smart tool to help you burn PowerPoint to Blu-ray/DVD Discs playable with Blu-ray Disc player or DVD player on TV as well as convert PPT to video formats while preserving all the original PowerPoint elements like transitions, animations, fonts, languages, pictures,  music and movie clips.
Step 2: Run the program and import PowerPoint files.
Click “Add” to import PowerPoint files for burning to Toshiba TV DVD Disc. We can import up to 12 files and burn to DVD at one time. 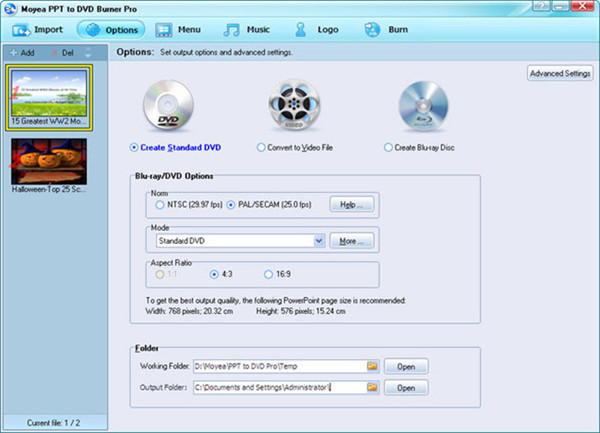 Step 3: Setup output DVD Disc settings.
Click “Options” and choose “Create Standard DVD” as the output format.
Step 4: Customize the parameters for the output Toshiba TV DVD.
Click on “Menu”, “Music” and “Logo” to further customize the output DVD for Toshiba TV. For example, we can either choose a preset menu theme or create our own. Video can be used as the menu background too. Add background music or add a logo in this program whenever we want without using PowerPoint software. 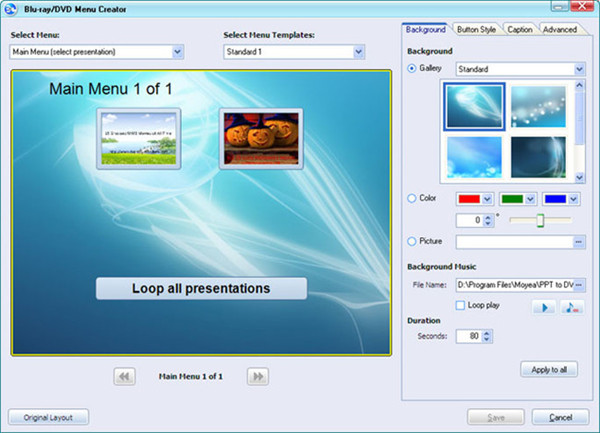