How to Watch PowerPoint on Samsung Galaxy S4


Nowadays Samsung Galaxy S4 has taken the place of the S3, one of the the most popular phones in the past year. But what special features on earth does it have to get us so excited? Our overall feeling of the new Galaxy S4 is that it is made thinner and more powerful, with an even better screen. 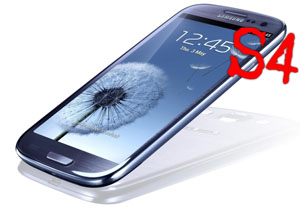 Samsung Galaxy S4 sports a compact 5-inch capacitive and multi-touch screen, 4.59 oz (130 g) weight, 1920x1080 pixel resolution. It runs latest Android 4.2.2 Jelly Bean operating system, and has a 16, 32 or 64 GB storage. With such high resolution, the Galaxy S4 screen plays videos in crisp high-definition detail. The pocket-sized screen also makes it convenient and free to carry Galaxy S4 on hand no matter where we go. Just as the design concept of Samsung suggests, "Make your life richer, simpler, and more fun." All the appearance and function improvements are to simplify our daily life, it's true that the real life companion is there for us. 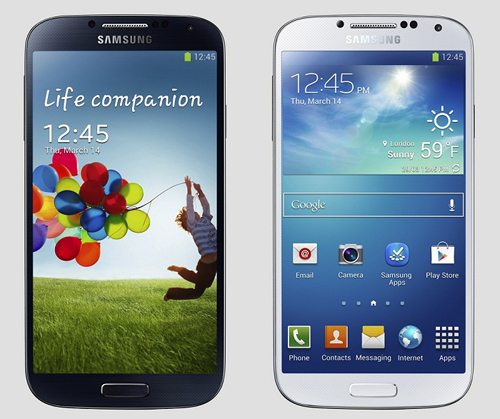 1. A handy tray of apps shortcuts to get to your favourite apps even faster without having to open an app.

3. Proximity sensor of Samsung Galaxy S4 can recognise your gesture even when your hand is not that close to the phone.

How to view PowerPoint on Samsung Galaxy S4

We may often make PowerPoint for meetings, lectures or for individual fun. In the past, we tend to watch the PowerPoint on our notebook computers, but now, more and more people like to view PowerPoint on Samsung Galaxy S4 and many other portbale tablets or smartphones.

At this time, problem comes. Owing to the format limitation, we can't play PowerPoint on Samsung Galaxy S4 and many other mobile devices. Though there are many Apps like ThinkFree, Documents to Go, Quick Office or Office Suite to help us achieve this purpose, but on the compatibility front, these Apps doesn't perform as well as what we expect, for example, some unique features of Microsoft PowerPoint can't be preserved when opened by these Apps.

However, don't lose heart in this case, because God will open a window for you when he closes the door. Another method is open for you. Yes, you can convert PowerPoint to Galaxy S4 video before viewing your premadePowerpoint on Samsung Galaxy S4. 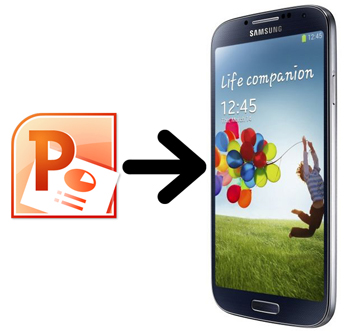 It is quite easy to convert PowerPoint to video for playing on Samsung Galaxy S4 with use of Moyea PPT to Video Converter. All you need to do is to add PowerPoint file, choose a video format and start conversion.

Just a few clicks, you have easily converted Powerpoint to Samsung Galaxy S4 video. Now enjoy it on your phone or upload the converted video to Facebook or YouTube to share with your friends.