How to View PowerPoint on Xbox One

Xbox One, the latest video game console of Microsoft, has enjoyed increasing popularity among masses of game players since its release on May 21st, 2013. Compared with its predecessors - Xbox and Xbox 360, Microsoft gives some unique twists to the new Xbox One game console, such as an added OS based on the Windows kernel, an expanded Xbox Live support, Cloud computing and the ability to automatically record and share video highlights from gameplay, and integrated support for live streaming gameplay online. However, what you may not know is that we can view the DIY PowerPoint presentation file on Xbox One by converting PowerPoint to Xbox One video with a handy PPT to video converter.

How to convert PowerPoint to Xbox One video

Download the professional PowerPoint to Xbox One video converter and follow the tutorials below to have a try!

When you have launched Moyea PPT to Video Converter on your computer, you'll see an interface as shown in the picture below. The intuitive and concise 4-step tutorial on the program interface will guide you to achieve PPT to Xbox One conversion step by step. 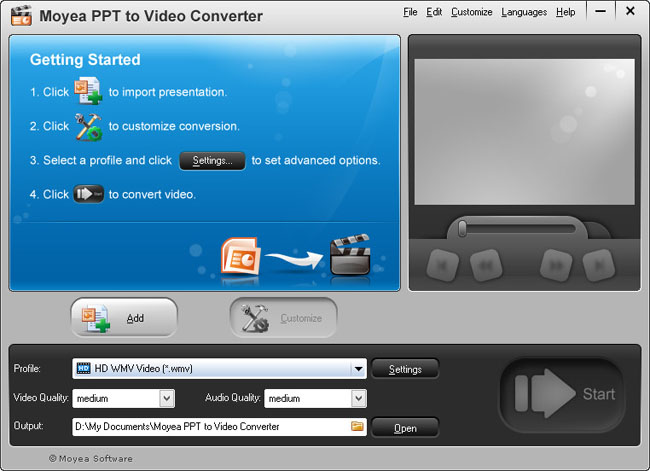 You can also refer to the specific 4 steps below to convert PowerPoint to Xbox One video at ultra-high speed. 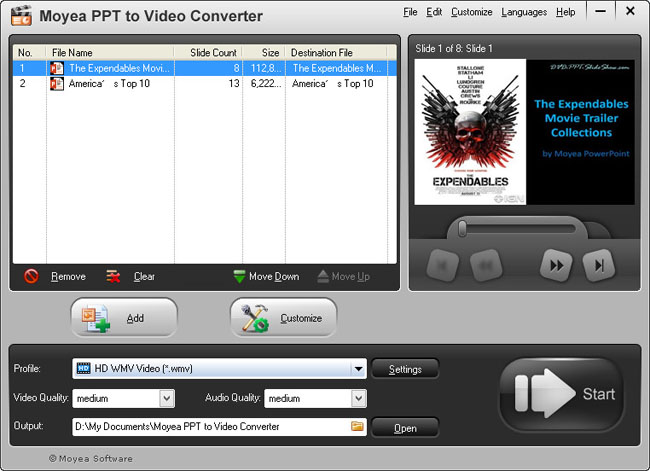 Step 2 Select a profile and choose a saving location for the output Xbox One video
You can select an Xbox video format (such as HD WMV or MP4 video) from the drop-down list of “Profile” to convert your PPT file to. In “Output” option at the bottom of the program interface, you should select a file directory on your computer to save the video to be converted. 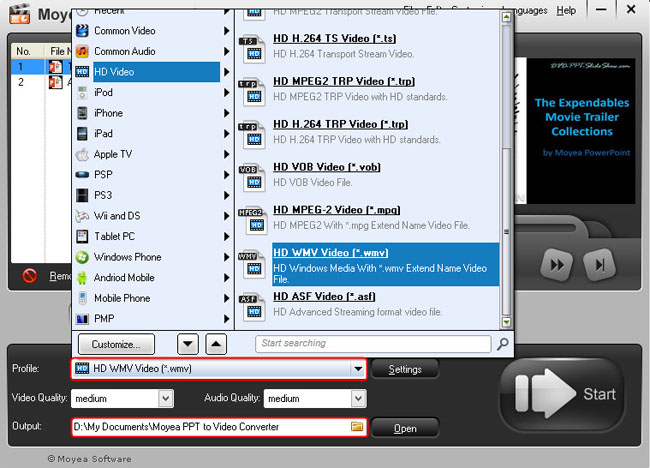 Step 3 Make advanced settings for audio and video parameters
By clicking “Settings” button next to the “Profile”, you can set video codec, video size (resolution), bit rate, frame rate, and audio codec, bit rate, sample rate and channels. It all depends on your individual needs. The default video size or resolution changes with the different video profile you choose, for example, the default video size of the HD video is usually 1280X720. Please note that high bit rate and frame rate would result in a high quality and large output size and large video size will also lead to a large output size. 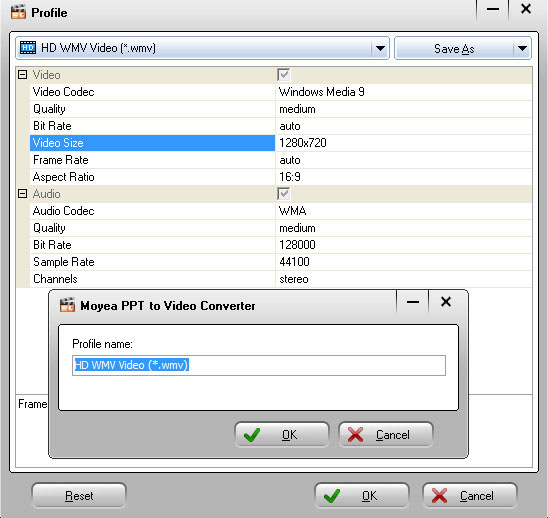 Step 4 Customize output effects of the Xbox One video
The “Customize” option allows you to individualize your PowerPoint files by setting a transition timing, adding the background music you like, or adding a logo or watermark to your PPT files. 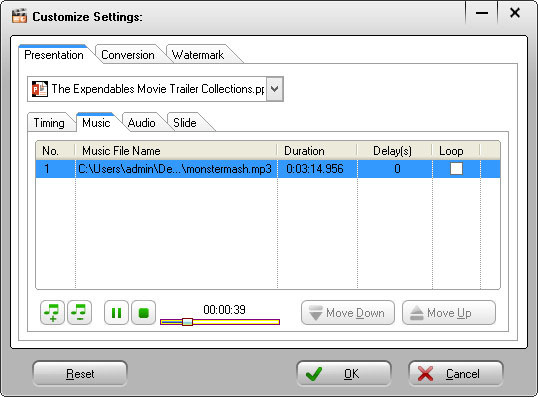 When all the steps above have been finished, you can click the “Start” button on the right bottom of the interface to start to convert PowerPoint presentation to Xbox One video. It may take you several minutes, and the time the conversion costs depends on your computer configuration and some other factors.

Want a PowerPoint to Xbox One Video Converter?