How to View PowerPoint on Google Nexus 5

Convert PowerPoint to MP4 video for viewing on Google Nexus 5

The much-awaited Google-backed and LG-manufactured  Nexus 5 is official finally. As Google's next flagship Android smartphone, Apart from being lighter and thinner, Nexus 5 comes with a lot of significant new features, like new OS support, improved camera, upgraded battery and LTE support (though not for India). Now let’s have an overall view of the fast, gorgeous and new LG/Google Nexus 5. 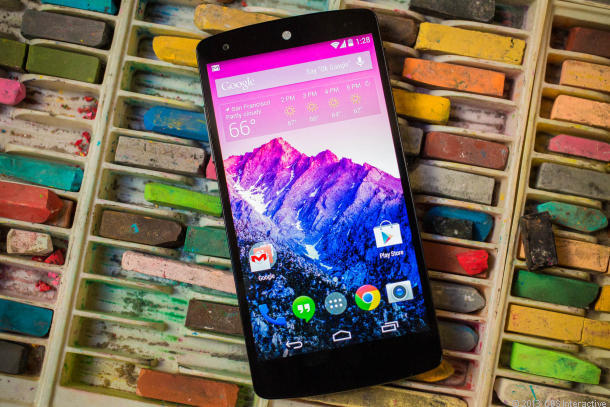 LG/Google Nexus 5 features a 4.95-inch full-HD (1920x1080 pixel) IPS+ LCD display which boasts a pixel density of 445ppi. The Nexus 5 is powered by top-of-the-line 2.3GHz Qualcomm Snapdragon 800 processor, which delivers much faster performance. Nexus 5 is the first Android phone that runs the new OS - Android 4.4 kitkat, which is definitely an improved version of the Jelly Bean. It is also the first Nexus phone to specialize on camera performance as it comes with an 8-megapixel shooter with optical image stabilization (OIS) as well as a 1.3-megapixel front-facing camera. The Nexus 5 smartphone has 2300mAh battery, which is great for you to play movies on Nexus 5.

To sum up, strong performance, high-end specs, and an ultra-affordable price make Google Nexus 5 not just the best unlocked phone on the market, but also the best Nexus phone by far.

When you get your hands on the stunning high-end Android flagship handset, one thing you must want to do is enjoying HD movies and videos on its superior screen. Or you may want to copy the PowerPoint Lecture Slides onto Google Nexus 5 for viewing on the way home. However, it’s a regret that most of the smartphones don’t support PowerPoint playing on it without using a third-party Document Viewer, and Nexus 5 doesn’t support PPT files playing either. In this case, is there any way to view PowerPoint on Google Nexus 5?

How to view PowerPoint on Google Nexus 5

The part below is a how-to guide for you to achieve PowerPoint to Google Nexus 5 conversion with ease. You may download the free trial version and follow the guide to have a try.

Firstly, download and install the professional PPT to video converter on your computer, and click "Add" button to import PowerPoint files from your computer. You can add multiple PowerPoint 2013 files in batch by the direct drag and drop feature. 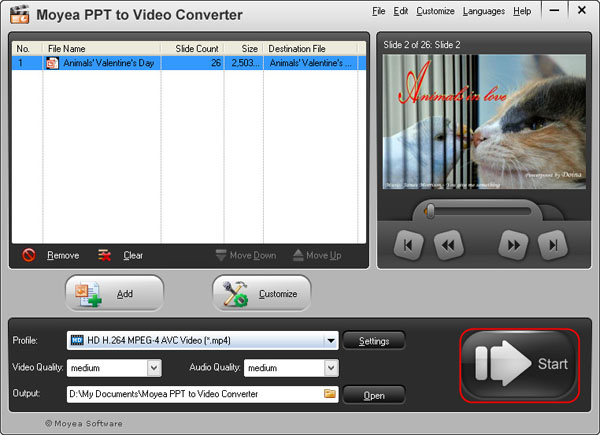 Click the triangle next to "Profile" and choose a suitable video profile for Google Nexus 5. You can choose "HD Video" > "HD H.264 MPEG-4 Video (*.mp4)" to convert to. 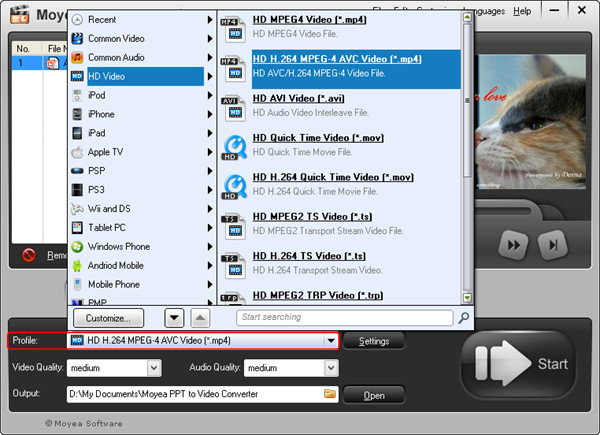 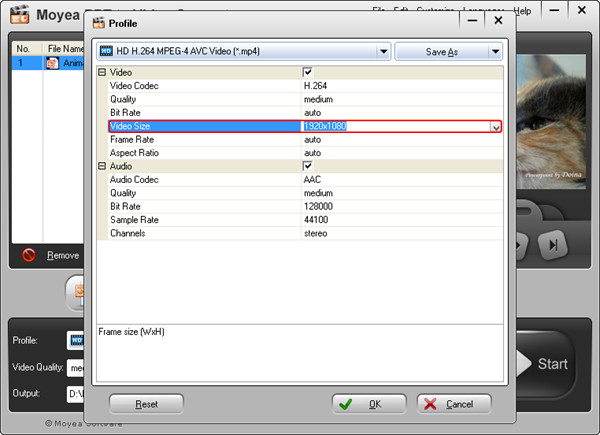 Then you can choose to add background music, customize logo or watermark, or set transition timing by tapping on the "Customize" button. 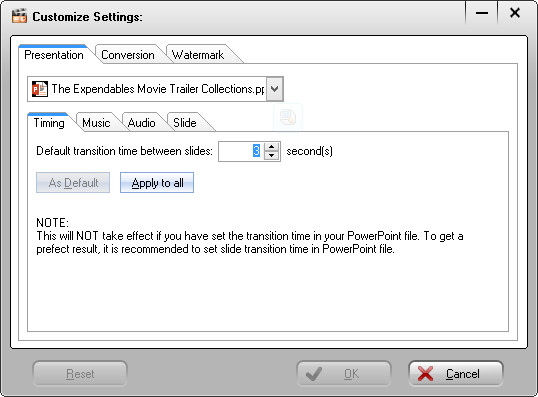 2. You can import unlimited PowerPoint files and convert them to videos at a time.

3. The default aspect ratio of PowerPoint is 4:3, which doesn’t match the video size of 1920x1080, so there will be black margin on the output video. The solution is to click "Customize" → "Slide" → and uncheck "Keep original aspect ratio of slides". You can set this as a default setting by clicking "As Default".