How to Play PowerPoint on Blackberry 9300

Convert PowerPoint presentation to mp4 video for watching on Blackberry 9300


Blackberry 9300, short for Blackberry Curve 3G 9300, was released on August, 2010 and it remains one of RIM’s main products till now. Let’s look at what users say about this Smartphone:

“I think it’s a brilliant phone, amazing features. User friendly. It also has a brilliant look. The 3G makes the biggest difference. I'm a little disappointed about the camera but hey, I’m not much of a camera guy. The keyboard is outstanding.” 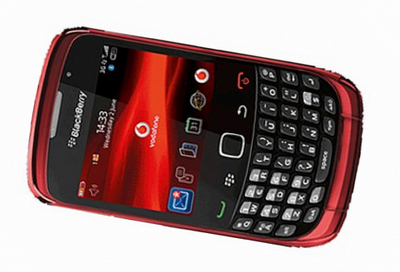 According to custom, Blackberry 9300 is equipped with a full QWERTY keyboard, which has become the most famous factor of Blackberry mobile phones for a long time. Besides, it features 2.46-inch 320x240 pixels TFT screen, 256MB RAM, 256MB ROM, up to 32GB microSD, 2MP camera, microUSB 2.0 and 3G support, based on BlackBerry OS 5.0.  So this Smartphone is obviously not for movies, games or photography but for phone call. The 1150mAH battery works perfectly on this phone with standby time up to 19 days, talk time up to 5.5 hours and music playback up to 29 hours.

This is really an amazing Smartphone with practical functions. Have you ever thought of how to view Office documents, like view PowerPoint on Blackberry 9300? Though PowerPoint is not supported at the first hand, you can still view it after converting PowerPoint to Blackberry 9300 video with original sounds, videos and animations using Moyea PPT to Video Converter.

After you run the PPT to Blackberry Converter, you will see on the main interface the brief tutorial on how to convert PowerPoint to Blackberry 9300 video. 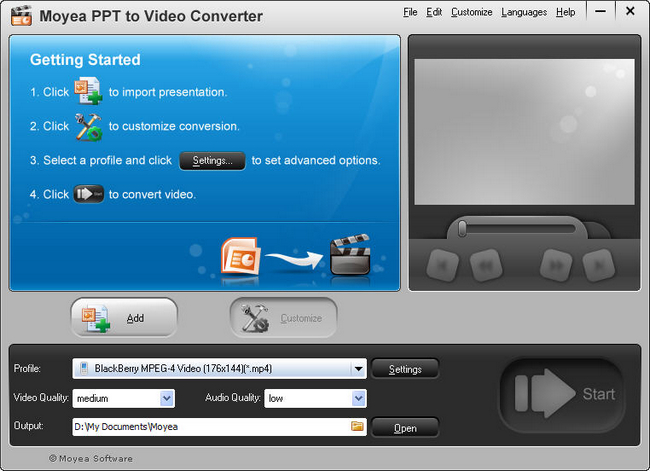 First, add PowerPoint files. You can both click “Add” button or drag and drop into this PPT to video converter. 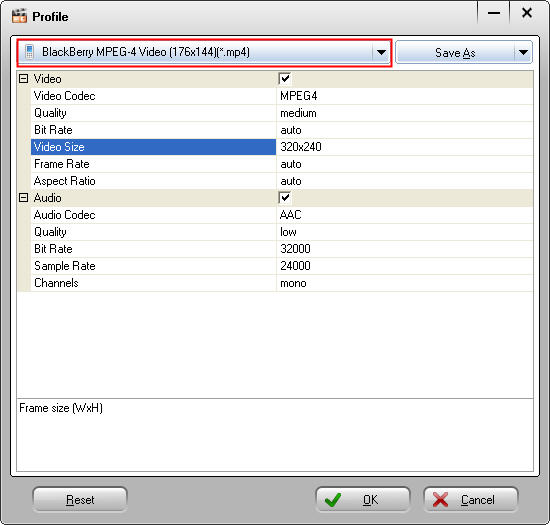