How to Play a Sound across Multiple Slides in PowerPoint 2013 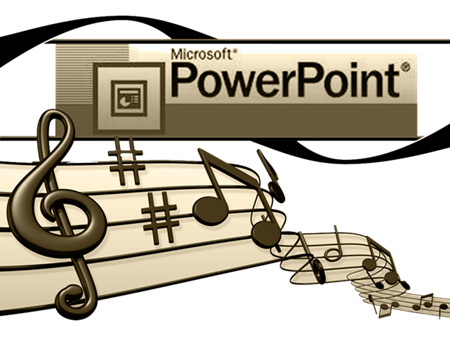 Most people love to add music to PowerPoint presentations as a way to make the presentations more attractive and appealing. However, in most cases, the inserted music is only played in a single slide. As a consequence, the presenter often spends quite too much time on that slide, which may lead to the exhaustion of audiences' patience. To this extent, once he can play a sound across multiple slides, he can not only get rid of this kind of trouble, but also make the PowerPoint more eye-catching. Of course, playing a sound across multiple slides won't be feasible unless some PowerPoint 2013 skills have been handled. Here two solutions will be provided.

Method One: Use PowerPoint 2013 skills

Designed as a professional presentation tool with state-of-art performance, PowerPoint 2013 allows users to insert audio file into the slide and then make it playable across multiple slides in just a few clicks.

Step 1: Double click the icon of PowerPoint 2013 to open the PowerPoint presentation, click "INSERT" tab and choose "Audio" button. Then three options are provided in the drop-down menu with which you can import online audio, input local audio and record new audio respectively. Here choose "Audio on My PC..." to import local sound.

Step 2: After the importing process, an icon of Speaker will appear in the slide, click it and then choose "PLAYBACK" tab next to "FORMAT" tab. Later, check "Play Across Slides" box next to "Volume" icon. Since the time of the sound shall go match with that of the slides, you can click "Trim Audio" to define the start and end time of the audio clip.

Step 3: Next click "ANIMATION" tab and choose "Animation Pane" icon. Then the name of the audio file you have inserted will appear in the right part of the PowerPoint slide. Right click the file name and choose "Effect Options…" in the drop-down menu to get to "Play Audio" panel.

Step 4: In the panel, check "From time" box and define the start time of the audio file in corresponding box. For example, you can start from the third second of the audio file. In "Stop playing" column, you can specify the number of the slides the sound will play across. After all those steps, click "OK" button to finish the process of playing a sound across multiple slides.

Another easier choice left for you to play a sound across multiple slides is to convert PowerPoint to video with background music added. However, the method only works when you desire to play the music file from the first slide. Of course, an amazing PowerPoint to video converter like Moyea PPT to Video Converter is quite desirable to manage the task.

Step 1: Download and install Moyea PPT to Video Converter and then click "Add" icon to import the PowerPoint file for further conversion.

Step 2: Click "Customize" button, choose "Music" tab and then click "Add Music" option to import the audio file. Of course, you need to trim the audio beforehand to make it go match with the time of the slides. After that, choose output format in the drop-down menu of "Profile" and click "Start" button to begin the conversion. 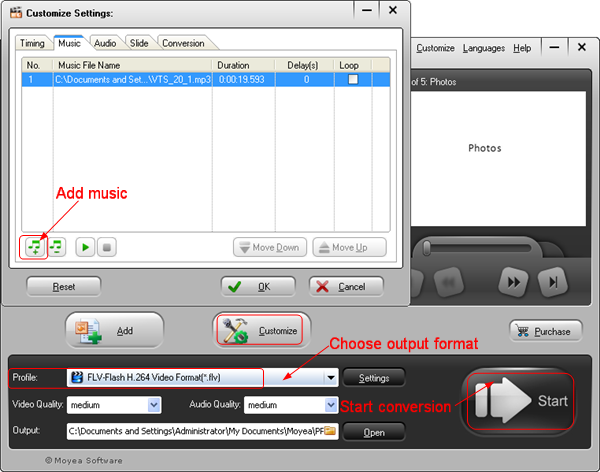 Want a PowerPoint to Video Converter?