How to Play PowerPoint on Samsung Galaxy Note 8.0

Samsung Galaxy Note 8.0, the new legend of Note family, released on Feb 24th, 2013 and has been a popular daily must among Americans and English people since it hit the American and English market not long ago. So what magic power does this Awesome Note own to attract such a large fans group during such short timespan? Now let's take a quick glance at this representative work of a new generation of portable tablet together. 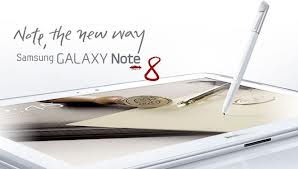 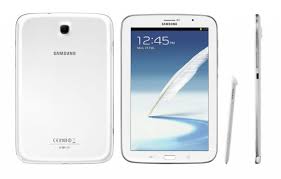 However, all of the above is nothing new among so many intelligent tablet competitors. The core of GALAXY Note 8.0 innovation is creative multi-function, including multi-screen usage,  more advanced intelligent S Pen, a suite of S Note templates and tools, and most importantly, Samsung Galaxy Note 8.0 is equipped with 3G voice and calling functions, which even dwarfs its biggest rival iPad mini. 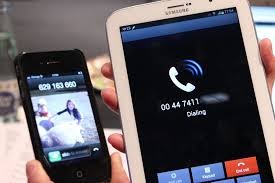 Now you must have a general knowledge of Samsung Galaxy Note 8.0, with such a portable device, you can make your work and play really on-the-go. However, have you ever come across the thorny matter when you try to enjoy your PowerPoint presentations on Samsung Galaxy Note 8.0, such as losing the original animations, slide transitions, video clips and audios by use of Documents to Go and OfficeSuite for Android?

No matter if you have such bad experience, a good way to preserve all the original elements (including animations, slide transitions, video clips, audios, fonts and languages) of your PowerPoint presentations or slideshows, is to convert PowerPoint files to Galaxy Note 8.0 videos, such as MP4 or WMV format videos.

Certainly, you need a small tool - Moyea PPT to Video Converter to help you achieve your PowerPoint playing on Galaxy Note 8.0.

Now you can follow me step by step to convert the PowerPoint to Galaxy Note videos: 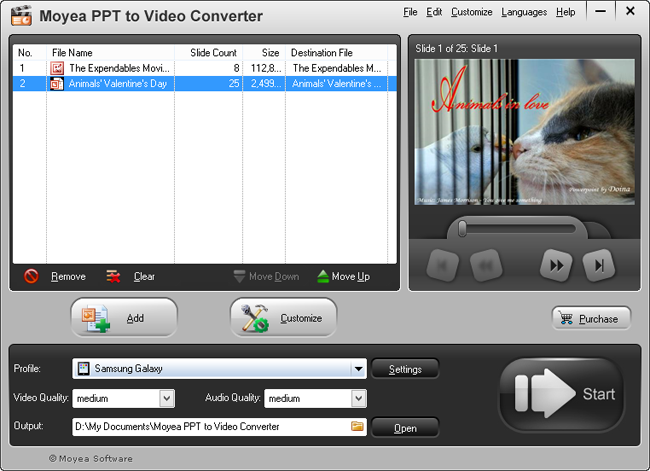 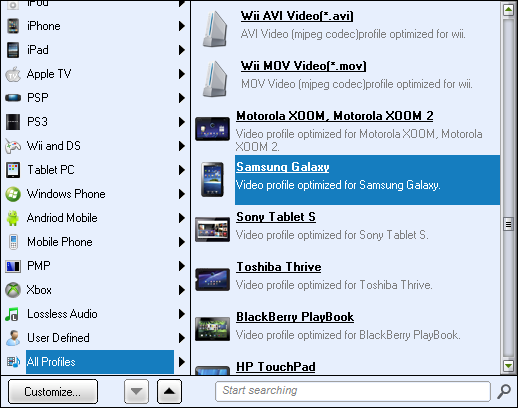 Just five steps, you have easily converted PowerPoint to Galaxy Note 8.0 videos, then watch it freely on your Galaxy Note, or share the converted video on your Facebook, YouTube or other video-sharing websites, you can also email it to your friends and family without any loss of original elements.